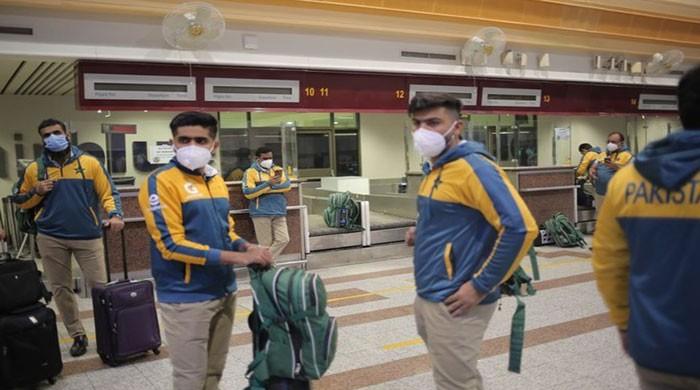 WELLINGTON: New Zealand health officials on Friday refused to lift a quarantine on the training of Pakistan’s corona virus-infected cricket team after the number of touring party infections rose to 10.

The team was confined to their rooms last week when the first case surfaced last week, but they hoped to resume training before finishing their work in isolation on Tuesday.

However, health officials said the risk of further infection was high. Ten people from the 53-member tour party have had a positive experience for Cowed-19 during a two-week solitude at Cryod Church.

“I have taken this situation very seriously,” Director of Health Ashley Bloomfield said in a statement.

“Right now, I’m concerned about the risk of cross-infection in the squad.”

The decision means Pakistani cricketers will have just 10 days to prepare for their first tour match, a Twenty20 International in Auckland on December 18, and when it comes to travel, perhaps Even less

Bloomfield said the decision was based on the number of active cases in the squad.

“Our response to Cowaid-19 will be a top priority in public health matters, whether it involves individuals or teams,” he said.

“We appreciate the challenges that this decision will have for the touring team.”

Bloomfield issued a “final warning” to the team over the breach of the social distance protocol at its hotel, and no further violations have been reported since.

The tourists arrived in New Zealand on November 24 and are scheduled to play three T20s and two Tests.

New Zealand has eliminated community transmission of the corona virus on a large scale, with only 1,713 cases and 25 deaths in a population of 5 million.