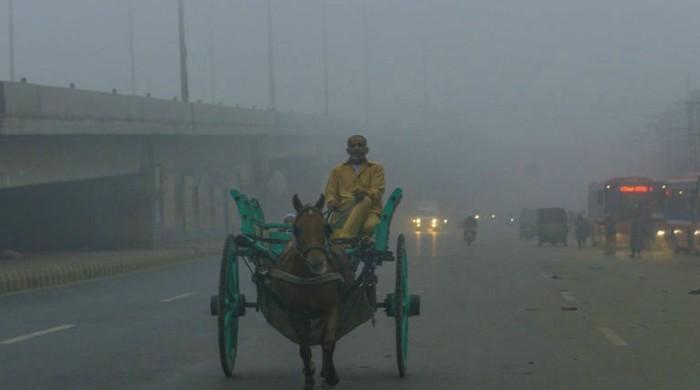 According to the Pakistan Meteorological Department (PMD), the temperature in the city was recorded at 14 degrees Celsius, with winds blowing at a speed of 3 km per hour.

In addition, Karachi’s II Chandragar Road, Shahra-e-Faisal, University Road, Super Highway, and other parts of the metropolis were shrouded in fog for 200 meters.