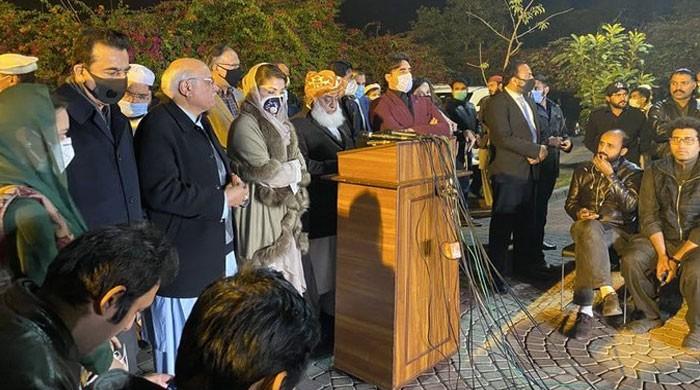 Lahore: Governor Chaudhry Sarwar has said that there is no threat to the government from the long march or short march of the opposition. The Governor was talking to Housing Minister Mian Mahmood Al-Rasheed who called on him at the Governor House. He said that January 31 would also pass but the opposition’s claim of resignation under the PDM would not be substantiated. The PDM said the PDM could move heaven and earth through rallies and demonstrations, but the government would remain in power until 2023. Chaudhry Sarwar said that opposition rallies and demonstrations would not bring down the government.

The plan to hold the opposition accountable and stop national development will fail. He said that the government would not back down from its commitment to uphold the rule of law and transparent accountability. Is committed to Country.

Chaudhry Sarwar said that the people have rejected the PDM’s agenda of anarchy and they stand by the policies of the government.

Led by Prime Minister Imran Khan, Pakistan is moving forward and will continue to do so despite opposition propaganda.

He said that the only agenda of the PDM was to destabilize the country but there was a clear difference between the PDM parties and they were unable to decide on a strategy to keep themselves politically alive.

There is uncertainty among the opposition as to when and where the long march should begin. Sarwar said he should only wait for the 2023 general election.

Housing Minister Mian Mahmood Al-Rasheed said that opposition parties are looking for NRO, but Prime Minister Imran Khan will not give NRO to anyone.

In fact, the corrupt will face accountability according to the law.

Prime Minister Imran Khan will not shy away from an principled stand on politics.

He said that if the opposition thinks that the government will come under pressure from the meetings, it will never happen.