The six-day snowboarding championship will start tomorrow in Malam Jabba 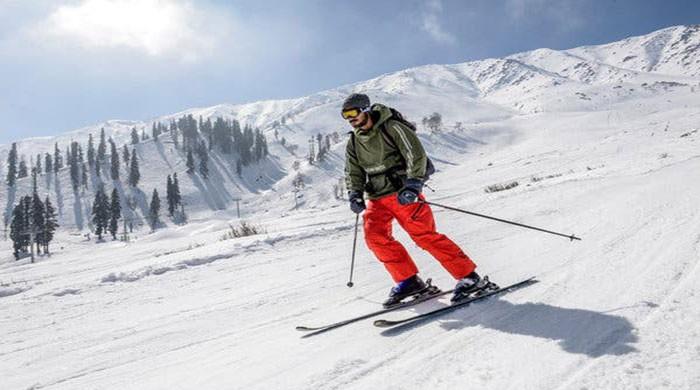 PESHAWAR: The Pakistan International Snowboarding Championship is scheduled to start from January 18 to 23 at the Malam Jabba tourist spot in the Swat Valley.

Under the auspices of the Department of Tourism, Sports, Archeology, Culture, Museums and Youth Affairs, the Khyber Pakhtunkhwa Culture and Tourism Authority (KPCTA) and the Samson Group of Companies are organizing a wonderful program.

The event is attended by snowboarding enthusiasts from across the country.

In addition to the sport of snowboarding, traditional food and music festivals are also part of the six-day gala to entertain tourists and visitors.

The event was well received by the people and was attended by a large number of people from all over the country and international tourists.

Snowboarding is a recreational and competitive activity that involves standing on a snowboard attached to the rider’s feet and descending a snow-covered slope.

The sport is so popular that it is even included in the international Winter Olympics and Winter Paralympic Games.

The organizers said that the snowboarding championship would send a positive message to the world that peace has been restored in Malakand and Hazara Division and elsewhere in Khyber Pakhtunkhwa and tourism activities are in full swing.

He said that strenuous efforts were being made to promote natural sites and provide facilities in the province to attract domestic and foreign tourists.

Relevant departments were asked to make better arrangements for holding the gala properly.

The aim of the championship is to revive the tranquility of Malam Jabba, Madyan, Bahrain and other places in the valley and to attract tourists to these places.

American IT company offers to set up Tech City