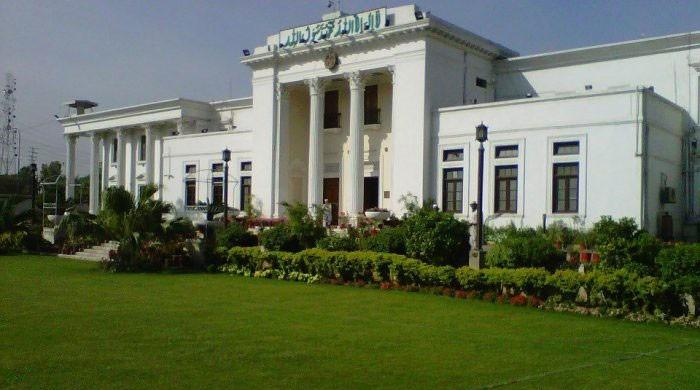 PESHAWAR: The Khyber Pakhtunkhwa Assembly on Friday passed the KP Ministers ‘Salaries, Demands and Privileges (Amendment) Bill 2021 after a heated debate as opposition members complained that the ministers’ demands and privileges were being increased. Yes, but the members of the Provincial Assembly (MPA) were ignored.

The amended act recommends payment of ministers’ utility bills by the concerned departments. Government and opposition members exchanged arguments on the passage of the bill.

The treasury benches argued that the bill would help save the public exchequer as the ministers’ bills had already been paid by the government but now the concerned department should pay the bills to avoid penalties for delay in payment. Will

Opposition members, however, complained that both the treasury and the opposition MPAs had been ignored and that only those holding portfolios would benefit from the passage of the bill.

Nighat Orakzai of the Pakistan People’s Party (PPP) said that eight bullet-proof vehicles were allegedly purchased for the President’s House while the Prime Minister’s salary was increased to Rs. 900,000 after an argument that he would reimburse his expenses. Can’t run in a thousand.

He said that the salary of the Governor was increased from Rs. 80,000 to Rs. 80,000 but the salary of MPA was not increased. Awami National Party (ANP) chief Hussain Babak also backed Nighat Orakzai, saying that regardless of whether he was in government or the opposition MPA’s salary should be increased to the same level. Should

In his reply, Minister Qalandar Khan Lodhi opposed the proposal and said that as public representatives, the elected members should volunteer their services instead of demanding huge salaries.

Sardar Hussain Babak and Nighat Orakzai challenged Qalandar Lodhi and said that if the ministers hand over their salaries, government cars and residences then the MPA would not make any demand.

Special Assistant to the Chief Minister for Information Kamran Bangash said that the salaries of provincial ministers have been reduced in the 2019-20 budget. He said that the provincial government has not purchased any vehicle as it is running an austerity drive.

Speaker Mushtaq Ghani said that he would talk to the Chief Minister regarding the increase in the salaries of MPAs. The bill for the increase in the salaries of the members is being passed conditionally. The House also unanimously passed the Khyber Pakhtunkhwa Violence Against Women (Protection and Prevention) Amendment Bill, 2021 and the KP Board of Technical and Commerce Education (Amendment) Bill, 2021 before adjourning the meeting till January 18.