The new style of ‘news’ is ready to win hearts 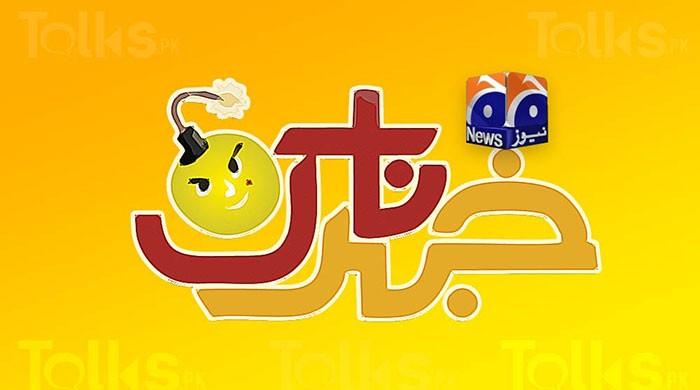 Karachi: Pakistan’s most interesting and popular comedy plus political show “Khabarnaak” is going to start in a new and unique way from this Thursday.

In order to watch this show and control oneself, the people should fasten their political belts well as this time the political situation will come up with a humorous non-political presentation. The number one show of Pakistan’s number one news channel “Geo News” will be aired in a unique way this time with a new host.

It is claimed that the “content” that will be aired this time will be such that it will win everyone’s heart. Prominent journalist, columnist and senior analyst Irshad Bhatti will host the show. Ali Mir will definitely like the pairing with Irshad Bhatti. Remember that “newsworthy” deals with the host’s political and social affairs and important information about watching Ali Mir’s concert. On the one hand, the bitter and sweet words of Irshad Bhatti will heat up the temperature of the show, on the other hand, the king of comedy Ali Mir will also make the audience laugh with his performances under the guise of political and non-sexual. Political figures

The eloquence and chirping of both will drive everyone crazy. The show is well-known in the country and abroad, with its humorous debates on many other important topics, including politics and social issues. In addition, every important subject related to the people is brought under the control of the rulers by immersing them in satire and humor. Considering the format of the show, this time too there will be a lot in the program and it will be presented in a much better way.

Although “News” will provide live analysis and commentary on the latest news, there will be a lot of laughter, jokes and laughter along with the music. In addition, other artists will put smiles on the faces of viewers and listeners. “Khabarknaik” will be broadcast on Geo News every Thursday to Sunday at 11:24 AM.