The ANP called for an inquiry by the Trust Commission, which has launched a “war on terror” against Pakistan 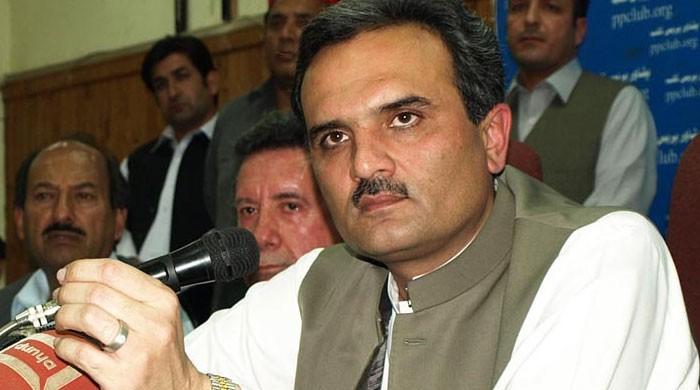 PESHAWAR: The Awami National Party (ANP) has demanded the formation of a truth commission to find out who imposed the so-called war on terror on Pakistan and who is fighting the militancy in the state. Make sacrifices for

Addressing a large public gathering on Ring Road here on Saturday, ANP Central Senior Vice President and former Chief Minister Amir Haider Khan Hoti said that the ‘selectors’ should now have mercy on the nation instead of saving the ‘elected’ Prime Minister. Should do and save pakistan. .

Addressing a gathering on the occasion of the death anniversary of freedom fighter Khan Abdul Ghaffar, he said, “A government has been imposed on Pakistan which has sold the National Flag Carrier (PIA) to the country on the path of economic ruin. Had put. ” Khan alias Bacha Khan and his son Khan Abdul Wali Khan.

The ANP held a public rally to commemorate the death of two founders of the Pakhtun Nationalist Movement and the party. Party workers and supporters came from different parts of the province to attend the gathering. They were waving red ANP flags and chanting slogans in support of their leaders and to highlight their demands.

Amir Haider Hoti said that the ‘elected’ prime minister and those who had elected him had given the nation the gift of unprecedented rise in prices, unemployment and high inflation and had put the country under the pressure of foreign debt.

“Opposition parties under the banner of Pakistan Democratic Movement will continue their protest movement till the removal of the elected Prime Minister,” he announced.

Addressing the gathering, Iftikhar Hussain said that those who claim allegiance to Pakistan have caused its disintegration, adding that democratic and nationalist forces have always tried to stabilize the country and uphold the rule of law. Struggled for rule, constitution and supremacy of parliament.

He said that former US President Donald Trump had left and now it was the turn of ‘Pakistani Trump’ because the whole nation was fed up with his government and its failed policies. He also called on US President-elect Joe Biden to formulate a policy for a peaceful and stable Afghanistan.

In his address, Aimal Wali Khan said that a truth commission should be formed to investigate who had imposed the so-called ‘war on terror’ on Pakistan and called it the most extremist and terrorist. Was encountered.

He said the federal as well as Khyber Pakhtunkhwa governments should issue special economic packages for the newly merged districts, ensure their three per cent share in the National Finance Commission (NFC) award and avoid militancy. Complete the rehabilitation and compensation process in the affected districts.