Rabbani says the terms of the IMF agreement are secret

KARACHI: The former chairman of the Senate has said that no one knows anything about the terms of the International Monetary Fund (IMF) consensus with Pakistan as all matters have been kept secret.

He vowed that the Pakistan People’s Party (PPP) would not allow foreign agendas to operate in Pakistan. Calling the distribution of water and power development authority (WAPDA) and privatization of power generating companies as a security risk for Pakistan, he demanded the government to cancel its entire privatization program.

Addressing a news conference with trade union and labor leaders at the Karachi Press Club, Senator Rabbani condemned the recent hike in power tariffs and demanded that the decision be reversed. Rabbani, who is also the central leader of the Pakistan People’s Party, said that the government had earlier unilaterally increased the prices of petroleum products, which would affect the poor and further increase the prices of essential commodities.

He said privatization was being done under agreements with the International Monetary Fund (IMF), the World Bank and the Asian Development Bank, but that those agreements were being kept secret. He said privatization of infrastructure industries such as power generating units could pose a threat to national security. “We will not allow the country to run on a foreign agenda,” he said.

Rabbani claimed that the privatization program of the present government was unconstitutional as all public sector companies under the federation came under the purview of the Council of Common Interests. “Unfortunately, the government is backing many of its investors and large private investors, and intends to hand over national assets to its friends.” [National Reconciliation Ordinance] He claimed that by providing attractive incentives to big investors and whitewashing their black assets.

“Three days ago, another NRO was issued, which extended the incentive package in the construction industry for the next six months. But on the other hand, workers who play an important role in the development of the country are not provided any facilities. Instead, he said, workers were being crushed by rising prices and anti-people measures.

Rabbani claimed that the government has now decided to hold a separate trade union referendum in each of WAPDA’s distribution companies through the Collective Bargaining Agreement (CBA). “This is a move by the government against workers and trade unionism.” Senator Rabbani said that earlier the government had privatized K Electric, which was sold to a private entity on the condition that the new administration would invest in infrastructure.

However, he pointed out, KE’s services have not improved and citizens are still suffering. He feared that the privatization of WAPDA’s distribution companies would not only improve performance but also worsen the situation.

In addition, he said, he has decided to lay off 1,806 workers at the powerhouse. More than 30 million [30 million] “Consumers receiving electricity through the WAPDA system in Pakistan will suffer and the supply of electricity to domestic and industrial workers will be affected.”

He pointed out that the performance of WAPDA is impressive, its recovery is 100%, but privatization will be detrimental to the national economy and a large number of employees will be laid off. He said that an IMF delegation was coming to Pakistan in March and it was his precondition to privatize 10 distribution companies.

Akhlaq Ahmed of KE Workers Union said that the privatization of Karachi Electric Supply Corporation was done on November 26, 2004, and only a day earlier the Sindh High Court had ruled on the workers’ application. “The consequences of KK’s privatization are dire. The workers tried to resist and went to court, as more than 4,500 workers were removed from KE after the privatization. He said that the government was privatizing national assets which should not be privatized. The government should learn a lesson [from the past]”

Karamat Ali, executive director of the Pakistan Institute of Labor Education and Research, said the privatization of WAPDA was a dangerous policy of the current government as power was an important sector and had a direct impact on ordinary citizens. 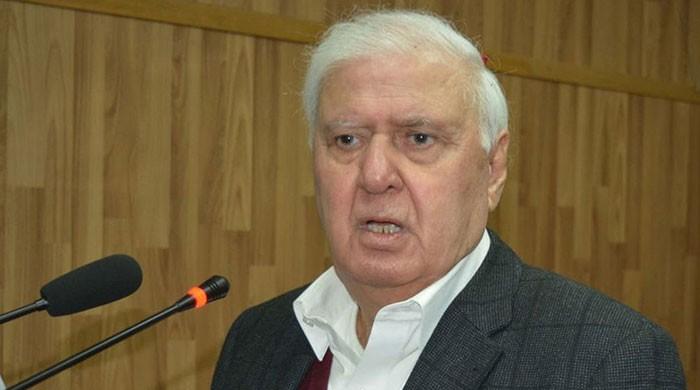