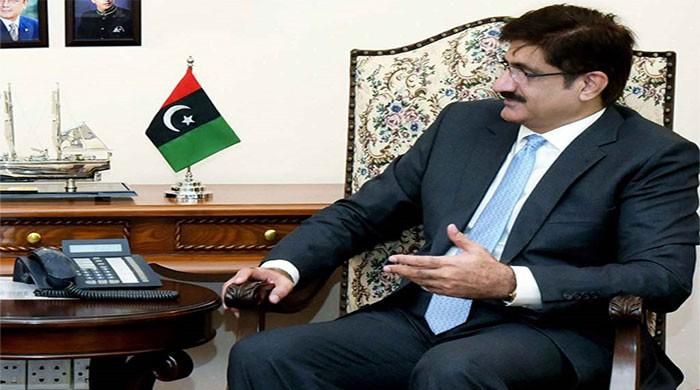 Karachi: Sindh cabinet members have said that Pakistan Peoples Party has never shied away from the process of accountability. The recent reference against Sindh Chief Minister Murad Ali Shah is aimed at intimidating and pressuring the PPP and also damaging the party’s credibility with the Sindh government.

Speaking at a press conference here on Wednesday, members of the Sindh cabinet said that they were only aware of the media filing an accountability reference against the Sindh chief minister. If this is true, then all the facts related to the reported case will be presented in court.

He said that the Sindh government has set up Nooriabad Power Plant (as mentioned in the reference) at a cost of Rs. 15.2 billion under public-private partnership arrangements.

The energy project company has made a profit of Rs 1.3 billion since January 2018. He said that such details of Nooriabad power project are available on Electric’s website.

He said that the fresh accountability was nothing and was based on malicious intentions, adding that if the Chief Minister was summoned for a new reference, he would appear in court. He said that NAB was set up to curb corruption in the country but all this was being done to tarnish the image of Sindh government.

Speaking on the occasion, Sindh Law and Environment Adviser Barrister Murtaza Wahab said that he has not yet received any written information about filing a reference against the Sindh Chief Minister. He said that despite all these difficulties, the PPP government in Sindh would continue to affect the service of the people.

Barrister Wahab, who also serves as the spokesman for the Sindh government, said that in principle, the affairs of the provincial government did not fall under the purview of the NAB, but the power of accountability was still being accepted. As they believe in the rule of law. He said that Nooriabad Power Plant has been providing 100 MW power to Karachi at least expensive rates since its inception. He said that Nooriabad Power Plant has been supplying 2,315 gigawatts of electricity to Karachi every month since January, 2018.

Sindh Minister for Information and Local Government Syed Syed Nasir Hussain Shah said that PPP has won the recent by-election in Umerkot by a big margin of votes because of the hard work of Sindh Chief Minister in PPP’s election victory. Important role

He said that he condemned the filing of reference against Sindh Chief Minister through NAB. He claimed that there was no evidence in the NAB reference to substantiate the allegations of corruption. He said that such measures were based on a nexus between the NAB and the PTI government.

The Chewing Scholarship will begin in August