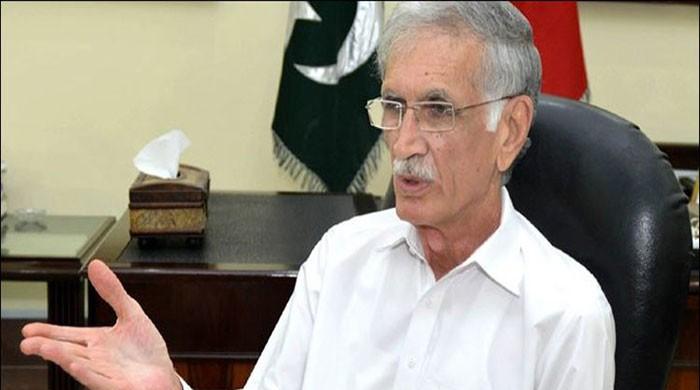 Nowshera: Federal Minister for Defense Pervez Khattak on Sunday said that chaos in the ranks of Pakistan Democratic Movement (PDM) has come to the fore when its leaders called for the overthrow of the Pakistan Tehreek-e-Insaf (PTI) government. Various statements were made for.

Addressing a party affiliation meeting after inaugurating power supply schemes in different areas of Nowshera, he said, “Prime Minister Imran Khan will not come under pressure due to the opposition’s protest movement. The government will fulfill its constitutional term. “

On this occasion, several political activists announced their resignation from their respective parties and joining the PTI. Pervez Khattak believed that the PDM had no proper agenda and only wanted the protection of its own leaders.

He said that it was the right of the opposition parties to hold rallies and meetings and the government would never interfere in them but stressed that these programs would fail to put pressure on the government.

The federal minister said that the opposition parties wanted to save the leadership of Pakistan Muslim League-Nawaz (PML-N) and Pakistan Peoples Party (PPP), about which he said that the National Accountability Bureau (NAB) was allegedly questioned. Encountered Corrupt practices

He said that Jamiat Ulema-e-Islam chief Maulana Fazlur Rehman, PML-N’s Maryam Nawaz and PPP’s Bilawal Bhutto Zardari were not on the same page because they had strategies and agendas to oust or change the government. Lacks

Pervez Khattak welcomed Bilawal’s proposal to bring a no-confidence motion in Parliament and de-seat the Prime Minister. However, he said the PTI government was capable of fighting a legal and constitutional war on all fronts.

The federal minister defended the NAB and rejected allegations by opposition parties that the anti-graft body was a victim of government rivals. He claimed, “Both the PML-N and the PPP leaders are facing trial. They were not tried during our tenure.”

Pervez Khattak said that the Prime Minister still has the support of the people and PTI is the only popular political party in the country. He said that PTI government was introducing old local body system so that people’s problems could be solved at their doorstep.

Pervez Khattak mentioned the development schemes completed in Nowshera. He said that the projects would change the welfare of the people of the district as they were related to health, education, irrigation and agriculture.

The Defense Minister thanked the people of Nowshera for always trusting him and other members of his family and electing them to the Assemblies and thus giving them the opportunity to serve them.