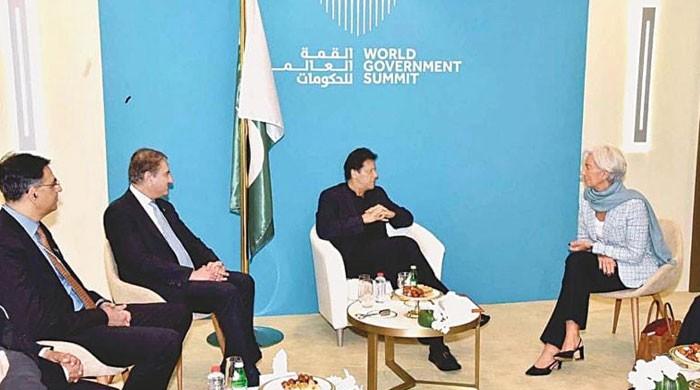 ISLAMABAD: Pakistan and the International Monetary Fund (IMF) have demanded the resumption of a 6 6 billion loan program by Prime Minister Imran Khan over his refusal to introduce unpopular measures, senior government officials said. The conversation between has stopped.

Formal talks on the payment of financial aid have put aside Islamabad’s fears that debt-related reforms could provoke a backlash from the hard-hit middle class.

An IMF team that was expected to arrive in Islamabad in October has not yet arrived “because the fund is waiting to see if we are willing to take other steps to reduce it.” [fiscal] Deficit, “said one official.

“Due to the corona virus this year, our economy is performing poorly. Tax revenue is declining.

Key points between Islamabad and the IMF regarding the resumption of the program include an increase in electricity tariffs, higher tax collection targets and an increase in the repo rate, which fell to 7% in June. Which was 13.25% at the beginning of this year.

Pakistan’s economy has suffered as much from epidemics as neighboring India. The Asian Development Bank predicts that the economy will contract 0.4% in 2020, but will grow by 2% next year. Prime Minister Khan has promoted development by unveiling major incentives for the construction sector.

But analysts say Pakistan needs to repay its debts and join the IMF program to raise more funds from international financial institutions such as the World Bank, as well as a ارب 1 billion plan. ۔

According to the State Bank of Pakistan, in its annual report released on Wednesday, Pakistan’s external debt and liabilities increased from 95 95 billion in 2018 to about 3 113 billion in 2020.

“We are in a debt trap that is completely our own,” he said. This is a threat to our national security, ”said a think tank based at the Institute for Policy Reforms, Lahore.

Sakib Sherani, a former adviser to the economy and finance ministry, said protests by anti-Khan parties in Pakistan had made it more difficult for the government to take unpopular measures. Strict reforms are always painful. This is not a good time to take painful action.

Former finance minister and opposition leader Muftah Ismail has said that the agreement reached between Khan and the IMF to reduce the fiscal deficit cannot be scrapped. Ismail said, “The plan to reform the tax collection system is not working yet.

Pakistan is under further pressure after Saudi Arabia repaid a portion of its کے 3 billion debt to 1 1 billion and froze an oil facility worth more than 3 3 billion. Officials in Islamabad said there were fears that Riyadh might demand more. This will force Pakistan to borrow more from China.

“Imran Khan will not be so deep on one [fiscal] Toughening again, especially when you are determined to exert political pressure on it, “said Ali Farid Khawaja, an analyst at Khadim Ali Shah Bukhari Securities, a brokerage in Karachi. ۔ “Pakistan is hoping to resume talks by the end of November, but this has not been confirmed by the IMF,” a government official told the Financial Times.