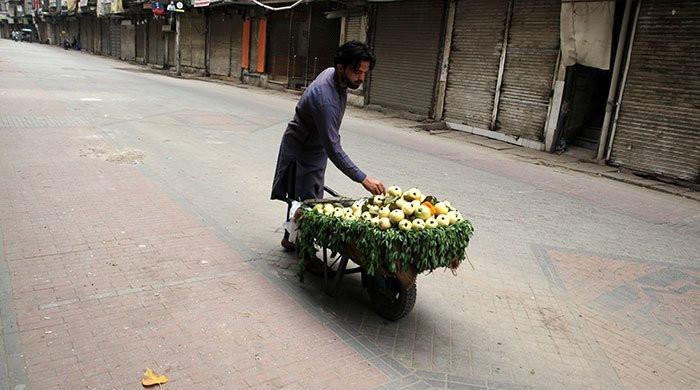 Lahore: The second day of lockdown in the city continued on Sunday as markets and businesses remained closed.

The Punjab Chief Minister had issued statements in which he warned against the rising corona virus in other cities of Punjab.

“In Lahore, the positive proportion of corona virus has reached dangerous levels,” he said. “We imposed a two-day lockdown (during the week) to protect the public,” Bazdar added.

He said that cases of corona virus were also increasing in other cities of Punjab and urged people to stay at home to stay safe from the virus.

“The cabinet has proposed to impose lockdown in Lahore and other cities (Punjab) where the positive proportion of corona virus is high,” he said.

He said that if the situation in other cities did not return to normal, the government would have no choice but to impose a complete lockdown to save the lives of the people.

Earlier, the Lahore commissioner had announced that there would be a complete lockdown in the city on Saturday and Sunday.

The announcement was made on Friday by Lahore Division Commissioner Muhammad Usman, who said part of the complete lockdown included that businesses and markets across the city would remain closed.

The move is being taken to save lives as cases of corona virus are on the rise across the country and Punjab.

The commissioner had clarified that medical stores, petrol pumps and vaccination centers would remain open during the weekend.

“I urge citizens to buy essentials today,” he said.

The Punjab cabinet proposed a lockdown before Eid

The current Corona situation, the Ramadan package and the wheat procurement drive were briefed at the 43rd Cabinet meeting chaired by Chief Minister Usman Bazdar in his office on Thursday.

The Cabinet had expressed its concern over the increasing number of Corona cases and deaths and its concerns over the implementation of SOPs by citizens. In order to save the lives of the citizens, it was decided to impose more stringent restrictions in the cities with more positive ratios.

Provincial ministers had proposed a consensus to implement a complete lockdown before Eid in Lahore and other cities, which are reporting a high corona virus positive ratio.

A proposal to cut off the supply of oxygen to the oxygen consuming industries was also considered. The meeting decided to increase the number of immunization centers while the federal government would also be approached for the import of oxygen.