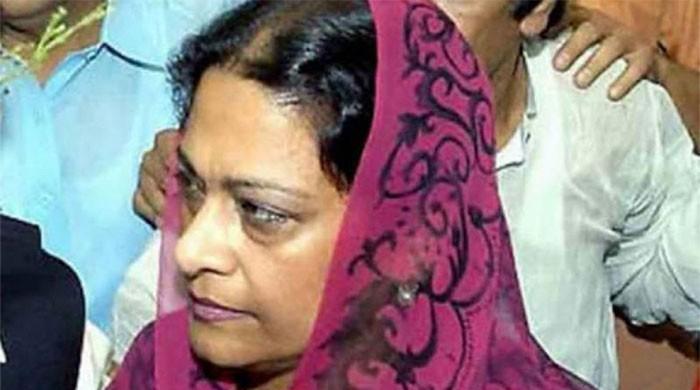 LAHORE: The Lahore High Court (LHC) has restrained the National Accountability Bureau (NAB) from taking stern action against Nusrat Shahbaz, wife of Leader of the Opposition Shahbaz Sharif in the National Assembly. Asked for an answer. Money laundering and illicit assets.

A lawyer for the petitioner argued that she was an old and frail woman over 66 years of age and had to go abroad in early 2019 for treatment of her chronic illness. He said the petitioner was already out of the country when the NAB started issuing call-up notices to him.

Opposing the petition, a NAB lawyer said the petitioner was in the country when the investigation was launched against him. Asked by the court, he said allegations have been made in the case. However, the petitioner’s statement remains to be recorded. Petitioner’s counsel said that it was not necessary for the accused to be produced in court for indictment.

A two-judge bench headed by Justice Sarfraz Ahmed Dogar directed the NAB to file a written reply to the petition by February 8 and also stayed strict action against the petitioner.

Nusrat Shahbaz, who is currently based in London, filed his application as a special attorney through PML-N Deputy Secretary General Ataullah Tarar. He asked the Lahore High Court to set aside the impure order of the trial court regarding denial of exemption from personal appearance and issuance of non-bailable arrest warrant against him if it was illegal.

The Chewing Scholarship will begin in August