Maryam Aurangzeb claims that the government is a victim of Shahbaz Sharif, Hamza Shahbaz 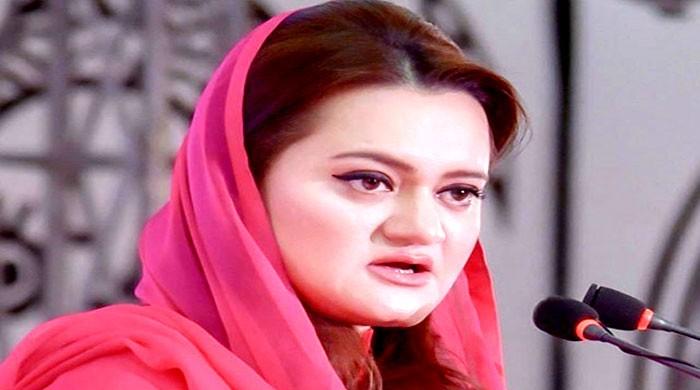 LAHORE: Pakistan Muslim League-Nawaz (PML-N) Information Secretary Maryam Aurangzeb has said that after failing miserably to prove a single penny of corruption against Shahbaz Sharif and Hamza Shahbaz through fake cases, Satan and tyrant Imran Khan are now risking their lives. Are later

Talking to media outside the Lahore NAB court, Maryam said that Hamza had clearly mentioned during the last hearing that he was not braked due to this armored vehicle. “On his way back from the hearing, his car collided head-on with his head, injuring him,” he said, adding that “Hamza has been behind bars for the last 18 months without any reason.” “

Maryam said that Shahbaz Sharif has several medical problems and his condition needs to be checked regularly, but his test is being delayed. He said that this government did not share the results of his medical examination with him which is his legal and constitutional right.

Maryam said that Shahzad Akbar has to face daily political violence to ensure that Shahbaz Sharif is not provided with a heater, a chair for prayer, medical aid, food from home and more in winter. Release on parole when the mother’s term has just expired. “Imran is not only an elected, corrupt, incompetent, petty and naughty person but also a rude and inhuman demo.” He said that Imran came all the way to Lahore to ensure that Shahbaz and Hamza were not released.

He said that government hired mouths were shamelessly using the death of Shahbaz’s mother to politically torture her. “Early in the morning, they start issuing parole statements, not from parole, 6 hours before the body arrives, not even knowing that it only reveals who they are and where,” he said. Have come from. “

But, he said, it doesn’t matter what Imran does, even if he doesn’t allow Shahbaz and Hamza to attend the last rites, the PDM movement will not be blackmailed. He said that such measures would not weaken the movement.

Siraj says Imran does not enjoy the trust of the people

TO Finance issued notice of absence