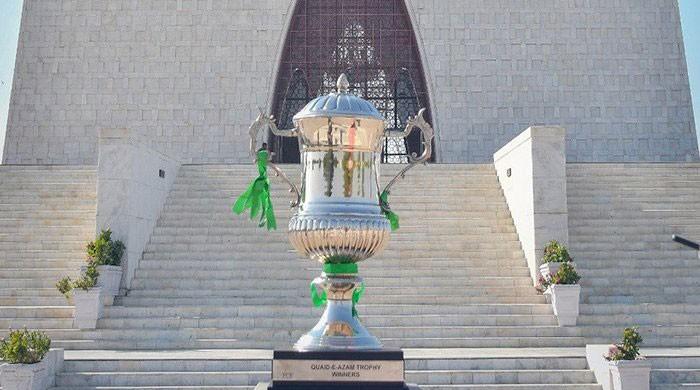 KARACHI: Holders cordoned off Central Punjab on the second day of the fourth round fixture of Quaid-e-Azam Trophy (First Class) at UBL Sports Complex here on Saturday.

The credit for KP’s dominance goes to off-spinner Sajid Khan (4-20) and tail ender Khalid Usman, who scored a magnificent 92 and did not give his team a solid lead.

In reply to Central Punjab’s 158 in the first innings, Khyber Pakhtunkhwa resumed their innings with a score of 61-4 at night and bowled it out for 236 in 81.3 overs for 78 runs. Got the lead.

Khalid, who is best known for his left-arm spin bowling, did a great job with Willow when his team needed him, hitting ten fours and four sixes, scoring an unbeaten 92 runs. Khalid faced 141 balls during a crucial 170-minute journey on the crease. Khalid added 73 runs for the seventh wicket association with all-rounder Kamran Ghulam who played an innings of 43 off 115 balls. Late born Kamran hit a six and six fours in his excellent game. Adil Amin, who batted for eight runs on Friday, fell for 22 off 61 balls and hit four fours.

After conceding the lead, Central Punjab were coming up 65-5 in their second innings. They still need 13 runs to make up for the loss of the first innings.

Ahmed Shehzad (21) and Ali Zariab (19) failed to bat for most of the day. When the guarantees were drawn, Saad Naseem was scoring 14 runs and Muhammad Saad was at the other end with three runs.

At the NBP Sports Complex, after a resumption of 257-5 against Northern, Balochistan were bowled out for 418 in 124.3 overs in their first innings.

Ayaz Tsur, who was batting at 14, managed to score 71 runs, hitting 11 fours in 107 runs. He added 66 runs for the sixth wicket stand with Bismillah Khan who scored 38 off 67 balls with the help of seven fours.

Ayaz then added another 94 for the seventh wicket with Kashif Bhatti, who hit 54 off 68 balls with the help of a six and five fours.

Faizan Riaz scored 78 off 109 balls, hitting 12 fours and a six. At one point, Northern was hopping at three to five. Faizan along with Asif Ali (36) added 68 runs for the fourth wicket stand to ease the pressure. Asif hit six fours and a six off 45 balls. Faizan then added another 66 runs for the fifth wicket with Mohammad Nawaz who scored 39 not out. Nawaz hit four fours off 78 balls.

Nawaz added 57 runs for the sixth wicket stand with Hamad Azam who scored 34 off 62 balls and hit six fours.

At the National Stadium, Sindh were bowled out for 383 in their first innings after starting the day at 289-4 against South Punjab.

In reply, South Punjab reached 148-2 on stumps in their first innings. Zain Abbas was batting at 75 and at the other end he was accompanied by Saif Badar at 27.

After losing to Mukhtar Ahmed (2) cheaply, Zain added 81 runs in the second wicket association with Imran Rafique who fell to 42 off 105 balls. He hit a six and five fours in his solid knock.

Zain then shared a 56-run stand with Saif Badar for the third wicket. Zayn hit ten fours in his incomplete innings of 141 balls. Medium fast bowler Tabish Khan got 2-43 runs.