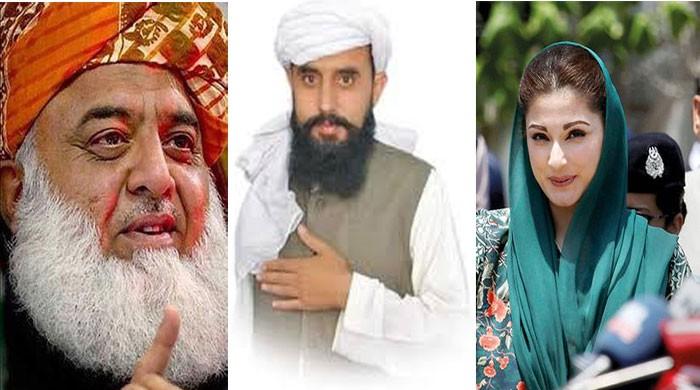 We will fully support the PML-N candidate. “We will not allow anyone to manipulate the elections like in 2018,” Mufti Hakeem Ali Haqqani told reporters here.

Speaking on the occasion, JUI-F provincial chief Maulana Ata-ur-Rehman said that the present rulers have put the country’s dignity and prestige at stake, adding that due to the wrong foreign and domestic policies of the government. Pakistan is facing isolation. .

He said that real accountability should be in foreign funding case, BRT, Malam Jabba and Billion Tree Tsunami.

Maulana Ata-ur-Rehman said that the leadership of Pakistan Democratic Movement (PDM) would decide the long march towards Rawalpindi on a temporary basis.

He said, “The PTI government in Khyber Pakhtunkhwa has been deceiving the people for the last seven years. Now it is clear to the nation that these people have no agenda for the welfare of the people and this country.” Has a vision to run. ” The decision to field a unanimous opposition candidate in the Senate will be taken at the PDM summit. Maulana Ata-ur-Rehman said that the PML-N and JUI-F have decided to field a joint candidate for PK-63. What is it.

He said that the country was sinking day by day as the national economy and prestige at the international level had sunk while the PTI government had failed to improve the situation. He said that those who have claimed to improve the image of Pakistan have further tarnished its image, adding that the development work being started temporarily by the government in constituency PK-63 The purpose of the works was to disturb the people.

Atta-ur-Rehman said that they will decide together regarding the Senate elections and the PTI has lost the confidence of its MPs, which is why it is sometimes talking about voting in the Senate and sometimes in an open referendum. And sometimes she talks about doing it by raising her hand. Ikhtiar Wali Khan, Provincial Spokesperson of PML-N and candidate of PK-63 constituency, PML-N leader Abdul Haq, District President Hamza Pervez, Nabi Amin, District Amir of Jamiat Ulema-e-Islam Qari Muhammad Aslam, General Secretary Mufti Hakeem Ali Haqqani, Fazal Akbar Bacha and others were also present.