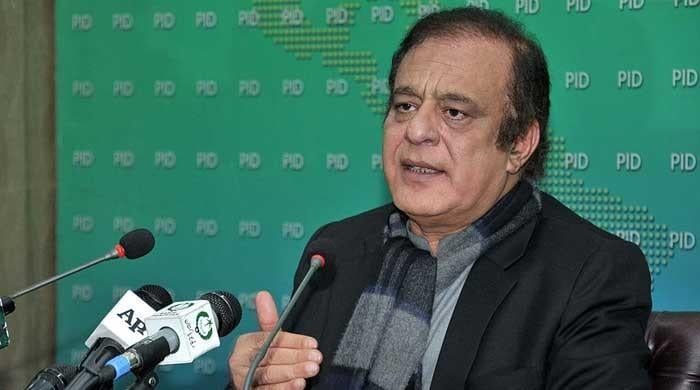 In a briefing after the cabinet meeting on Tuesday, Information Minister Shibli Faraz said that the cabinet had approved a bill to increase the powers of the Auditor General of Pakistan to ensure transparency.

He also said that automation and digitization would be introduced in the Auditor General’s office and issuance of checks would be automated to avoid any delay and fraud.

The Minister vowed that the government was working hard to bring about institutional reforms and it was decided that they would be unveiled soon.

Faraz said an inter-ministerial committee has been formed to investigate the Broadsheet LLC scandal.

An interview with Broadsheet CEO Kahh Mousavi has surfaced on YouTube in which he makes several claims about the investigation of former Prime Minister Nawaz Sharif’s overseas assets firm.

“This is an issue that started in 2000 when the PML-N was given NRO [PPP] And then it was as if the matter went into cold storage […] 200 names given [to the asset recovery firm] Among the people who illegally sent the country’s wealth abroad.

“Various interviews have come to light and following the High Court decision in England, an inter-ministerial committee has been set up to look into the matter further,” Faraz said.

He said the committee would not investigate the case for just a minute, but would determine “how the country’s wealth was looted, and how the company approached someone after making important discoveries.” “We don’t deal with thugs,” the CEO said.

The information minister said those who “ridiculed state institutions, hurt the country’s wealth and dragged the country into litigation” would be dealt with soon after the committee shared its findings. ۔

According to Geo NewsDuring the meeting, the Prime Minister urged the Cabinet to ensure that “the truth is shared with the nation” in the Broadsheet case.

“You have to tell the nation how these people tried to negotiate with Broadsheet,” Prime Minister Imran Khan told the cabinet.

In addition, crackdown has started against petrol pumps selling smuggled petrol. Radio Pakistan Reported, with reference to the Minister of Information.

According to the publication, “Crackdown has started against petrol pumps involved in selling substandard smuggled petrol, which not only endangers the environment, but also has a detrimental effect on the performance of vehicles.”

He said that 192 petrol pumps have been sealed so far for selling substandard smuggled oil and these refueling stations have been directed to submit their sales and purchase records within a week.

During the meeting, Planning Minister Asad Umar raised the issue of Osama Nadeem Satti’s death in a police firing, according to which Prime Minister Imran Khan “expressed outrage and anger.” Radio Pakistan.

The Joint Investigation Committee set up to probe the murder has submitted its report to the Home Secretary, but the Prime Minister has vowed to launch a new inquiry if the relatives of the deceased youth are not satisfied with the JIT’s findings. Will be arranged “, added the national broadcaster

The minister said that an investigation would be organized to satisfy the family of Osama Satti and the culprits would be brought to justice.

Faraz said the prime minister had directed that a policy be formulated within 15 days to address the shortage of wheat and other food items in the country.