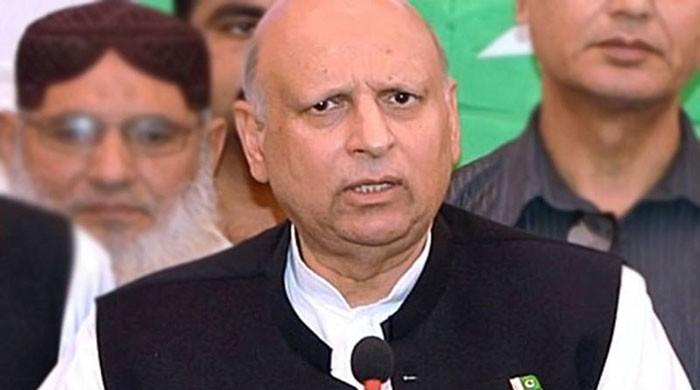 LAHORE: Punjab Governor Chaudhry Sarwar in a statement issued on Friday said that political and religious parties must unite against Indian conspiracies. The Punjab Governor said that India was sponsoring terrorist groups in Kashmir which was a threat to peace in the region. He said that PDM should also give priority to national interest over political interests.

Sarwar said that new conspiracies of India were being exposed daily to disturb the peace in the region. He said that after the great double game of India to sabotage the peace process of India, the real face of Narendra Modi has also been exposed to the world.

He said it was time for the United Nations and other international organizations to break their silence on India’s sponsorship against terrorism. He reiterated that “India is a threat to peace and the biggest facilitator of terrorist organizations in the region, including ISIS.”

Unfortunately, the conscience of the world powers, including the United Nations, died. He added that the time has come for the United Nations to declare India a terrorist country. Despite all the atrocities on Kashmiris, India has failed to suppress their struggle for independence.

Now, India is conspiring to use ISIS and other terrorist organizations against Kashmiris but it will not succeed in its nefarious plan. He said that the entire nation was behind the Kashmiris under the leadership of Prime Minister Imran Khan.

Regarding Pakistan Armed Forces, Chaudhry Sarwar said that Pakistan’s defense is in strong hands. Pakistan has the strongest armed forces ready to thwart all Indian conspiracies.

The Sports and Cultural Festival ended in Gabon Jabba

The Chief Minister wants industrial estates in the merged districts