Faizan, Nawaz blew up hundreds, bringing the North to a comfortable position 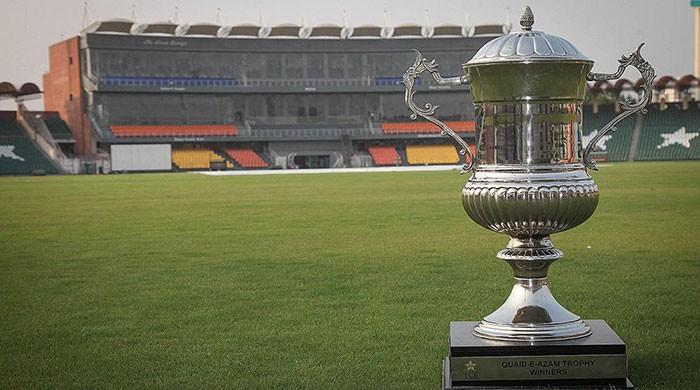 KARACHI: Faizan Riaz and Mohammad Nawaz blew solid hundreds to take Northern 371-5 in their first innings on the opening day of the four-day fifth round fixture of the Quaid-e-Azam Trophy (First Class) against Khyber Pakhtunkhwa. Here at the National Stadium on Thursday.

After opting to bat first, Faizan scored 124 not out and International Nawaz played an innings of 121 to take his team to a fine tour in 87 overs for the loss of five wickets. Both of them added 219 runs for the fourth wicket association. In his 71st game, Faizan hit 16 fours and a six off 162 balls in an incomplete tenth century. Before spinner Zohaib Khan was bowled, Nawaz hit 15 fours and two sixes off 146 balls. This was Nawaz’s sixth first-class century in the 47th game.

Earlier, Nasir Nawaz scored 68 off 72 balls, hitting 11 fours and three sixes. Nasir along with Sarmad Bhatti gave his team an excellent opening stand of 90 runs which scored 24 runs off 77 balls with three fours.

Meanwhile, here at the SBP Ground, Balochistan reached 333-3 in 87 overs in their first innings against Sindh. The highlight of Balochistan’s innings was Akbar-ur-Rehman’s not-out 155, who scored his 13th century in his 100th over. He hit 12 fours and four sixes in 194 balls. He added 179 for the fourth wicket with Ayaz Tsur for an unbroken stand, scoring 67, for which he faced 153 balls with the help of nine fours.

Shahnawaz Dhani (1-46) and league spinner Abrar Ahmed (1-88) were the only successful bowlers in Sindh.

In the UBL Sports Complex, South Punjab chose to bat 272-5 in 88.2 overs in their first innings against Holders Central Punjab in their first innings. Omar Siddique scored 94 off 232 balls with the help of 11 fours. After the departure of Zeeshan Ashraf (9), Siddique added 88 runs for the second wicket association with Zain Abbas, who played an innings of 69 off 118 balls. Zayn hit 11 fours and a six.

Salman Ali Agha was on the crease with 62 runs, for which he faced 93 balls, he hit a hammer with eight fours and a six. Left-arm fast bowler Waqas Maqsood (2-42) and spinner Ahmed Safi Abdullah (2-62) bowled well.