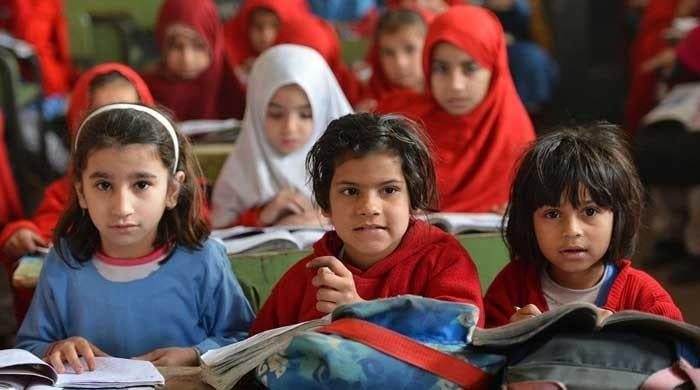 A draft ban on corporal punishment of children in Islamabad was passed in the National Assembly on Tuesday in a rare demonstration of unity between the opposition and the government.

An amendment to the bill proposed by the government was also passed.

According to Human Rights Minister Shirin Mazari, the amendment would allow complaints to be filed in court.

“The previous version of the bill states that complaints should be made to a government committee set up for this purpose,” he said.

The human rights minister said the court could now be approached directly.

Shehzad Rai, founder of Zindagi Trust Foundation – an NGO working for the education of working children – spoke to Geo News After the approval of the bill

He thanked the Chief Justice of the Islamabad High Court, Athar Minallah, for suspending Section 89 of the Pakistan Penal Code, which used corporal punishment “in good faith” for the benefit of parents, guardians and teachers. Was allowed.

Roy said the Zindagi Trust had applied for repeal of Section 89. “I would also like to thank Shirin Mazari for appearing in court in person […] He himself introduced a bill on corporal punishment which could not be developed in Parliament due to some technical capabilities.

He said that it was a great thing that the opposition and the government together passed this important legislation.

The worker lamented that the children, before going to school, were beaten at home by their parents. “Children grow up with the idea that violence is necessary for discipline […] Violence arises in society from what we see. “

“This mentality needs to be beaten to stop children from making noise, or breaking things. Children will stop at that point, but it is very dangerous and has long-term psychological damage,” he explained.

Teachers need to be taught how to manage children without the use of violence, Roy said. “It’s natural for teachers to feel frustrated when there are about 100 children in a class,” he said, adding that there should be no more than 30 in a class.

“People will share videos of teachers beating their children, but since the law provides for such beatings, it will be decided (falsely) that the practice is” in good faith, “he said. Has been

With the passage of the law against corporal punishment, Roy said there is now a need for a large-scale awareness campaign to discuss how children can be taken care of without resorting to physical violence.

According to a Zindagi Trust press release, Sindh approved a ban on corporal punishment in 2017, but no rules have yet been enacted and no awareness campaign has been launched in schools.

“Efforts are also needed to ease the ban across the country, including in provinces like Sindh. [and the Gilgit-Baltistan region], Which already has the required rules to ban this practice.

Highlights of the bill

The bill now banning violence against children defines it as a minor. It states that everyone under the age of 18 will be included in the definition of children.

The bill states that violence against children will be banned in all educational institutions and workplaces.

According to the bill, corporal punishment means punishment that involves the use of physical force. It also details forms of violence against children that would be considered illegal until now.

The bill states that any injury will be considered corporal punishment. According to the bill, slapping children, flogging them, beating them with sticks, shoes, sticks or spoons is violence.

The bill goes on to say that shaking them, cutting them, grabbing them by the hair or pulling their ears is violence.

It is painful to put children in painful situations, like boiling water is being poured on them.

The bill states that child abuse, humiliation, defamation, threats and terrorizing children are all punishments.

It also explains what an educational institution is and what a workplace can be.

An educational institution is a place that provides traditional or non-traditional education. Workplace refers to a compound or room where an organization or employer works, the bill states.

The child has the right to respect his or her personality and individuality, the bill emphasizes.

It warns that violence against children will lead to an end, suspension, dismissal or forced retirement.

According to the bill, the perpetrator of child abuse will not be eligible for any future employment.