Anti-encroachment campaign in Mansehra from today 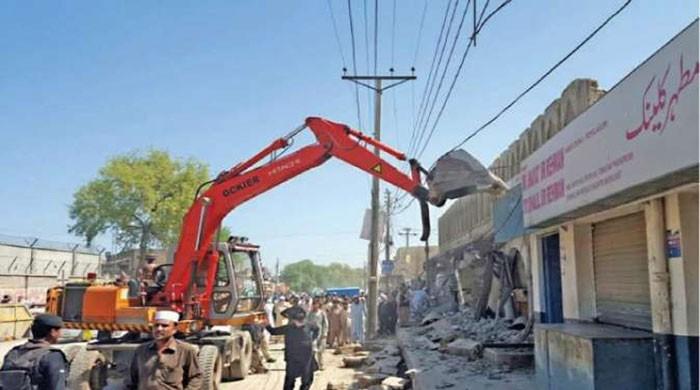 Deputy Commissioner Dr Qasim Ali Khan told reporters here on Friday, “We are going to launch an anti-encroachment drive to remove buildings on MNJ Road and the Kunhar River. He said that a total of 144 encroachments, including commercial and other Buildings on the MNJ Road or areas with high currents in the Kunhar River were presented with a final notice last month and heavy machinery has now been moved for the purpose.

“In the first phase of this campaign, we will pull out buildings from Hasmabad to Kagan and in the second phase from Kagan Valley to Babusar Top, we will be free from encroachments,” said Dr Qasim.

The Deputy Commissioner said that 83 buildings on the right side of MNJ Road and 46 more buildings blocking the high flow level in the river have been demolished during the first phase starting from today.

He said that most of the buildings that were blocking the flow of the river were built on the bank (land), which the government had already acquired for the Balakot hydropower project.