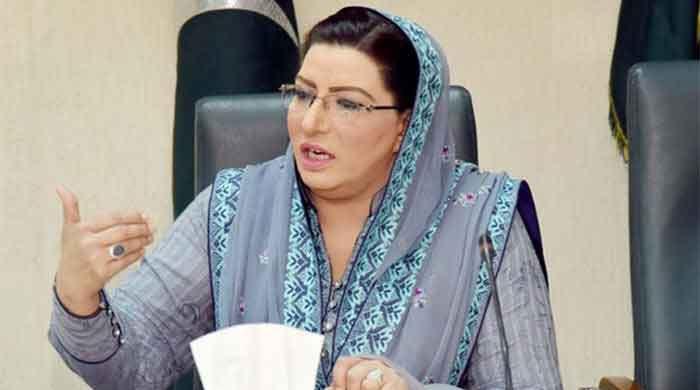 LAHORE: Special Assistant to Chief Minister Punjab for Information Dr Firdous Ashiq Awan has said that the provincial government is constructing a 100 MW solar power project in Layyah at a cost of 57 57 million, which will add 200 million units of cheap electricity to the nation. Grid

She was addressing a press conference along with Punjab Energy Minister Dr Akhtar Malik after the signing ceremony of the land lease agreement for the project at EFU House, Jail Road here on Tuesday.

He said that the government would buy electricity at the rate of only 3.7 cents as compared to 14.1 cents purchased by the previous government. He said that due to the transparent and investor-friendly policies of the government, the confidence of foreign investors has been restored.

Dr Firdous said the government has entered into agreements with companies at the cheapest rates to supply electricity to industrial and domestic consumers. He added that unlike in the past, the PTI government was moving towards sustainable sources of affordable electricity and Chief Minister Usman Bazdar was committed to the overall development of the province.

Dr. Firdous said that in the past the rights of the people of South Punjab were being violated, but now it is time for compensation and the PTI government will fulfill all the promises made to the people and complete the sustainable development in South Punjab. Will do.

He said that the Punjab government has strongly condemned the terrorist activity in Machh area of ​​Balochistan in which 11 coal pebbles were killed and vandalized in a temple in Khyber Pakhtunkhwa.

Dr. Firdous said that there was despair and helplessness in the camp of Pakistan Democratic Movement (PDM). He said that ‘Caliber Queen’ was colorful in the desert of Bahawalpur, but there was no one to save her. He alleged that Maulana Fazlur Rehman forced the students of the madrassa to participate in the Bahawalpur rally. He further said that PPP betrayed PML-N while Maulana Sherani and Hafiz Hussain Ahmed exposed Maulana Fazlur Rehman.

He said that the story of Maryam Nawaz is different from that of Shahbaz Sharif. That is why Maryam always prefers Maulana over her uncle and cousin. He said that Maryam Safdar’s desire for political martyrdom would not be fulfilled. He added that the PTI government believes in the rule of law.

Dr. Akhtar Malik said that the 100 MW solar power project in Layyah is the cheapest project in the history of the country as the cost of electricity for this project was Rs. 5.50 per unit as compared to the Quaid-e-Azam solar project at Rs. Was established by calculation. The previous government

He said that Layyah Solar Power Project would prove to be a game changer as it would create 50,000 jobs for the people of South Punjab. He said that PML-N had banned alternative sources of environmentally friendly energy in the province due to obstruction of RLNG agreements, which was lifted by the PTI government.

Prince William burning in fury over Megxit deal: ‘I won’t sit next to my brother!’

Steps taken for the welfare of transgender people

Punjab has decided to extend the tenure of a NEPRA member

Prince William burning in fury over Megxit deal: 'I won't sit next to my brother!'